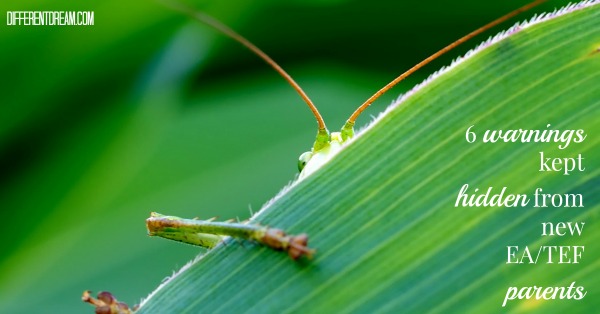 No one ever expects to have an EA TEF kid. The truth is, until you have one, you’ve probably never heard of the condition, ever.

What does EA TEF mean? It means that your baby is born unable to swallow due to a somewhat rare birth defect where the esophagus is attached to the trachea instead of the stomach. But what does it really mean? Until you’ve had a kid with it, you have no way of knowing.

Nearly 6 years ago on a frigidly cold January morning, our feisty, teeny TEF boy entered the world. He was 6 weeks early and at just 3 pounds, 13 ounces, the smallest baby our surgeon had ever performed a TEF repair on. Luckily, we didn’t know this fact until after the surgery was completed successfully. After that, we had 2 long, stressful months in the neonatal intensive care unit (NICU). And then a return to the NICU about 2 weeks later for his first dilation.

Almost 6 years and several hospital stays later, we’ve learned a lot. Some of it through trial and error. Some of it through the amazing TEF/EA community. I’m grateful to say entire days go by without thinking about the fact that our boy has TEF and all the complications that go along with it. But then he lets out a cough—that deep, echoing, barky cough—and the panic sets in again.

When he was born, we thought once his fistula was repaired, that would be it. All fixed! But as all TEF parents know, that is simply not the case. Here are 6 EA TEF warnings a few things nobody told us about:

That TEF cough. It doesn’t sound like anything else and it doesn’t necessarily mean your kid is sick. He could just be clearing food out of his throat. Or water went down too quickly. Or it could be he had a cold three weeks ago, and it still sounds like he’s got whooping cough.  In any case, the cough will earn lots of disapproving looks from parents who assume you are a terrible person for bringing your germy kid out in public. Expect to hear from worried teachers and alarmed school nurses. Try to ignore the glares and the judgements. Instead, remember that all those people don’t understand TEF. Most of them probably don’t even know what it is. Which brings me to my next point.

EA TEF Warning #2: Whether you like it or not, you are now an official TEF/EA educator.

No one’s heard of what your kid’s got? Okay, fine. That means it is your job to educate the world. When you get those dirty looks from a parent, explain exactly what your kid has.  Send the teachers/school nurses website links so they can understand what they are dealing with. We even printed out fliers about TEF for concerned parents at the playground. Turn an annoying moment into a teaching one.

EA TEF Warning #3: You will never look at food in quite the same way.

Once your kid starts eating real food, you will constantly evaluate it in choking hazard terms. Some foods are obvious (popcorn, grapes) while others seem innocent but aren’t. Watermelon was always a surprising culprit for our son; it was just soft enough that he probably didn’t chew it enough. Pizza with a bready, soft crust also proved to be a problem.

Sad but true. Fall has the prettiest colors, the best holidays, and great apples. Unfortunately, it also comes with back-to-school germs that inevitably morph into a back-to-school cough. Of course, fall isn’t the only season your kid is susceptible to germs—ours wound up with a horrible flu that landed him in the hospital in June. June?! Who the heck gets sick in June?  TEF kids do.

EA TEF Warning #5: The scars you can’t see are worse than the ones you can see.

Yes, our boy has a serious scar from the surgery. It isn’t small and it sure isn’t cute. But that scar is what saved his life and it’s proof that he lived through it. However, he has emotional scars from being rushed to the emergency rooms so many times.  The fear when he has when he comes into contact with any medical professional. Having to pry him out from under a metal folding chair to get him his flu shot. Those scars suck, and they aren’t going away anytime soon.

As a parent, you will have emotional scars, too. I still can’t stand the smell of the soap in any doctor’s office since it reminds me of constantly washing my hands in the NICU.

EA TEF Warning #6: It gets better. Your kids get bigger.

They learn to handle the stuck food in their throat. They can communicate when they need help. One day, your kid will bite into a hamburger and you won’t get a panicked feeling as you watch him do it. Swear.

On the harder days, which luckily become less frequent, we remind ourselves that there are far worse things than EA TEF. Just remember this: your TEF kid is a work in progress.  Just like the rest of us.

What EA TEF Warnings Do You Have for New Parents? 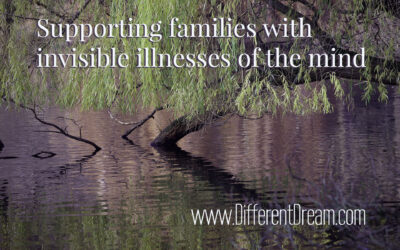 Christians parenting the mentally ill need other believers to support them. Lisa Pelissier introduces a new blog to support such families.

END_OF_DOCUMENT_TOKEN_TO_BE_REPLACED 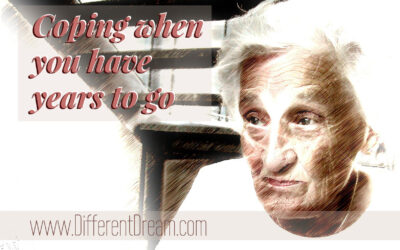 The Grief of Disability Caregiving

The grief of disability caregiving almost overwhelmed me this autumn. First my Aunt Donna, an oasis of security and love during my childhood, died. Grief over Donna's death was accompanied by grief for my mother. She's the elder sister by six years, has lived with...

END_OF_DOCUMENT_TOKEN_TO_BE_REPLACED 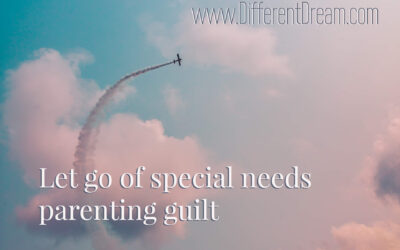 When Special Needs Parenting Guilt Tries to Steal Your Joy

Guest blogger Lisa Brown explains how you can cope when special needs parenting guilt tries to steal your joy.